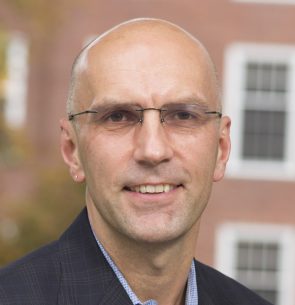 Over the past 25 year I created sound installations in public spaces to take the listener out of her every day routine and re-discover spaces in a different sonic ambiente. Ailleurs-intérieur (Elsewhere – Interior) was first realized in 2009 in the Church ‘Gesù’ in Montréal. It since was presented in different places in Europe. These […]

Tutschku studied electroacoustic composition in Dresden, and between 1989 and 1991 accompanied Karlheinz Stockhausen on several concert tours for the purpose of studying sound diffusion. In 1991 he attended the international one-year course in sonology at the Royal Conservatory in The Hague, where he worked primarily in the field of digital sound processing.

He spent one year studying at IRCAM in Paris (1994), and in 1995 participated in composition workshops with Klaus Huber and Brian Ferneyhough. Tutschku taught electroacoustic composition at IRCAM in Paris from 1997-2001 and at the conservatory of Montbéliard from 2001-2004. He finished a DEA (master in musicology) at the Parisian Sorbonne and completed his PhD in Composition with Professor Dr. Jonty Harrison at the University of Birmingham in UK in 2003. The same year he was the Edgar Varèse Gast Professor at the Technische Universität Berlin.

Tutschku has composed music for film, theatre, and ballet as well as instrumental and electroacoustic music. He has also conceived several sound installations, interactive sound sculptures, and published articles on sound diffusion. A main focus of Tutschku’s work is improvisation with live-electronics, and he is regularly invited to give lectures and workshops on this topic. He has toured more than 30 countries with his Ensemble für Intuitive Musik Weimar, and with the Ensemble, has realized many multimedia productions, often creating the projected images and choreography for dance as well as the music.