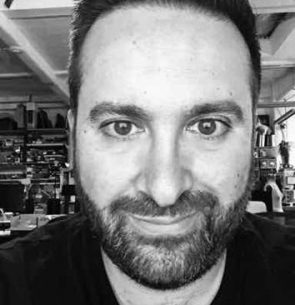 Creating the Digital + Physical Canvas at The MIT Museum

The MIT Museum is moving to the eye of Kendall Square’s innovation district in 2020. It has a rare mandate to use its current venue as a prototype museum “laboratory” to explore what it means to be a digital+physical cultural institution. Even at a place like MIT, the museum takes the perspective that technology is […]

David Nuñez is the Director of Technology and Digital Strategy at the MIT Museum. Previously he was Managing Partner at Midnight Commercial, a Brooklyn-based innovation consultancy that works with C-suite leaders and global design teams to invent new products and create artful experiences that help brands lead from the future.

David held a Visiting Scientist appointment with the Opera of the Future group at the MIT Media Lab, where he explored the expressive movement of machines and robots. He was a lecturer at Northeastern University, teaching programming in the College of Arts, Media and Design.

He is a creative technologist and robot builder, executing projects at the intersection of art, design, and technology. He is buildingGeppetto, a platform for the computational choreography of machines and robots in performances. His text editor for live coding,kn0t, enables expressive software development on stage.

His project, Bytes and Bots at the Children’s Museum of Houston, engaged students in exploring programming ideas through animatronic animals. Previously, he designed the multitouch table used to play the Electric Gongs, a set of instruments for the Austin Children’s Museum. His other clients have included JK Rowling’s Lumos organization, Candlewick Press, PBS, and Electric Type.  Previously, as a founding Trustee of the Awesome Foundation, he helped remarkable projects obtain seed funding and recognition.

David achieved his M.S. in Media Arts and Sciences at the MIT Media Lab while working in the Personal Robots group, and he holds a B.A. degree in Computer Science and Managerial Studies from Rice University.   He tweets frequently @davidnunez and writes occasionally at www.davidnunez.com.