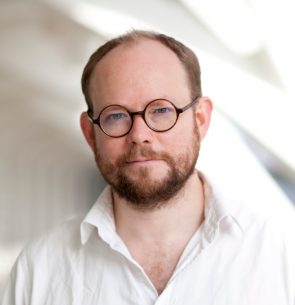 Food Opera: The Plate is the Stage

Composer and digital artist Ben Houge has been collaborating with chefs to develop multisensory dining experiences since 2010. These events adapt techniques and technologies from the fields of sound art and video game music to achieve an unprecedented synchronization of music with a meal. Each diner hears a unique soundtrack delivered via a custom speaker […]

Ben Houge is an artist working at the intersection of music composition, digital art, video games, performance, and gastronomy. In recent years, he has been developing a series of multisensory dining experiences he calls “food operas,” drawing on recent technological advances to achieve an unprecedentedly close pairing of music with a meal. He has collaborated with a wide range of chefs, bartenders, and music ensembles, including Jason Bond of Bondir in Cambridge, Jozef Youssef of Kitchen Theory in London, Todd Maul of Café ArtScience, St. Paul new music ensemble Zeitgeist, and the Boston Symphony Orchestra, in addition to presenting his work at institutions such as Oxford, Harvard, and MIT, and to R&D teams at some of the world’s leading restaurants, including the Fat Duck and Mugaritz.

Ben is an associate professor in the Electronic Production and Design department at Berklee College of Music. From 2013 to 2015, he relocated to Spain to help establish the Music Production, Technology, and Innovation master’s program at Berklee’s new campus in Valencia, where he developed a course that explored food and music pairings, in which students presented their final projects as part of an eight-course tasting menu at Quique Dacosta’s Michelin-starred restaurant El Poblet. This summer he is developing a new class exploring the links between music and food, supported by a Newbury Comics Faculty Fellowship.

Houge’s eclectic art practice has its roots in classical composition while also drawing from over twenty years of experience developing audio for the inherently indeterminate medium of video games. From 2004 to 2010, he lived in Shanghai, China, where he worked for French video game developer Ubisoft and was active in the Chinese art community, and his real-time, multichannel sound work has been exhibited internationally. He holds classical music degrees from St. Olaf College and the University of Washington.