The Active Learning Labs is a team of staff engineers and scientists that supports engineering course labs and design projects at the John A. Paulson School of Engineering and Applied Sciences at Harvard. Our interdisciplinary project support often leads us to work with students that are building prototypes that explore the intersection of technology and art. We have selected a few student projects and fabrication tools to showcase as examples of projects/tools that are supported at SEAS. 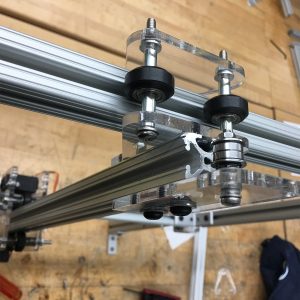 The Dry Erase Plotter is a device that automates drawing on dry erase boards. This device allows users to upload their own image and have it plotted on any dry erase board. Mechanically, the device is implemented as a three axes motion device driven by stepper motors and a servo motor much like a 3D printer. This design allows the tip of a sharpie that’s mounted on the device to span a vertical 2D plane. In order for an image to be plotted using this device, it goes through the following process: First, the image is converted into G-code (credits to Prof. Neil Gershenfeld of MIT and his team for developing https://mods.cba.mit.edu). The G-code is then parsed and interpreted on a Raspberry Pi. Once parsed, instruction are sent from the Raspberry Pi to the Arduino via serial. The Arduino then controls the motors resulting in the movement of the sharpie. 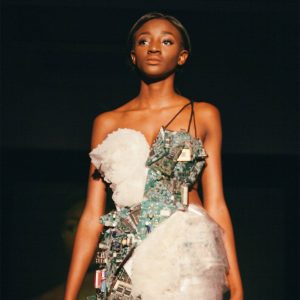 Upcycling: taking what most would consider trash and transforming it into something beautiful and wearable. This wearable dress is made from circuit boards and recycled keyboard parts scavenged from the MIT e-waste facility.

Generative Adversarial Networks (GANs) are Machine Learning algorithms that have been called the third approach to Science. The appearance of BigGAN in 2018 enabled researchers to generate images with unprecedented quality. Collaborators developed a novel technique of exploring the latent space of BigGAN, which produced dream-like compositions. 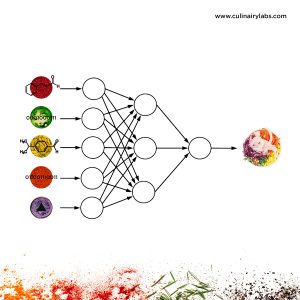 Michael and Manu, co-founders of Culinairy Labs, are cooking up the future of healthy food at home with machine learning algorithms powered by flavor, nutrition, and culinary data. Currently in a private beta testing their technology and personalized spice kits, they are investigating ways to help cancer patients map out taste change to reach their nutrition goals during and post treatment. Their demo will include tasting samples from their first algorithms, including a global food generator as well as one inspired by our psychological, perception biases around experiences with flavor.